"Father Kentenich does me a world of good."

"What Father Kentenich means for me, what he actually has to do with my daily life, is becoming apparent only gradually, but ever more and more. For instance, it does me so much good to rest in his gaze; to simply let everything take its course in the hustle and bustle that a day often has. Something in me changes when I look at his eyes. I am again able to meet life more serenely. I can really rest near him; there is no need for much action. Something happens in me that brings me closer to ME … There I can be simple. Father Kentenich does me a world of good."

„Through Father Kentenich I have experienced that there are always new dimensions of hope that make our attitude of resignation completely disappear. Therefore I also pray almost every day for his canonization.“

„The novenas with Father Kentenich have made me so one with God that I can live my everyday life with greater inner peace. I know he is always with me.“

„The first time I visited the resting place of Father Kentenich I had many problems I wanted to solve. But I quickly forgot about them. A deep calm came over me when I touched the sarcophagus. I will come again.“

„Many years ago already I chose Father Kentenich as my father, also for my family ... Father Kentenich helps with illnesses, but also with all other intentions. He has understanding for everything. One only has to ask him; then he stands lovingly at our side as our father.“

Time and again people find new access to God through the encounter with Father Kentenich. Sometimes it is through written materials; often it is through the leaflets containing suggestions for prayer. A photo or a word of Father Kentenich can touch a person in such a way that he or she feels that God has spoken to him or her. Reports of such experiences are very important to the secretariat, especially reports about answers to petitions acknowledging Father Kentenich's intercession.

Some reports about answers to petitions

“In Mid-November the doctor was unsure about a test result. At first I was shocked. A few days later I found at my place at table a little saying from Father Kentenich: ‘One of the most important reasons why we should not be anxious consists in this: We should give the good God an opportunity to do something.’ I became very calm and was able to pass on my calm to my family. We went to the burial place of Father Kentenich. I said the novena ‘Sheltered in God’, but also thanked for each day, for the beautiful years that I had experienced. I had to wait for two months until I found out after surgery that I did not have cancer. My relatives and friends who knew about it said that I had received special strength to remain serene and calm during the time of uncertainty. Thank you, Father Kentenich."

“I am divorced and have two daughters. Four years ago, after a short period of unemployment, I was employed as educator in a daycare center. The workplace was fifty kilometers from home. I had to leave early in the morning and returned home late in the evening. When we had parent-teacher conferences, I usually stayed in the kindergarten overnight. I usually did not see my girls in the morning because I had to leave so early. There was so much to do in the evening, and I often did not have the nerves and the strength to be available for my daughters. I was sad about it; the girls were 13 and 14 years old. It was a bad time. At that time I came back to Schoenstatt, and I am happy and grateful about it. Many prayers and sacrifices helped me to find a good workplace nearby. Before I left my place of employment, there were many hurts. I asked Father Kentenich ardently to help me; otherwise it would not work with the new workplace. All problems were resolved. My fear that I would suffer financially was unfounded. Father Kentenich and the Blessed Mother are daily my faithful helpers. At their side I will succeed on my way of life.”

“My son who had come into a difficult drug situation through friends and his own fault should be stripped of his driver’s license. That would have caused problems with his place of work. Through his remorse and conversion and our prayers to Mary, the Blessed Mother, and Father Kentenich, he was helped wonderfully. He did not lose his driver’s license and his job. Thank you, Mother Thrice Admirable of Schoenstatt and Father Kentenich.”

Reporting the answers to petitions is to be considered an act of gratitude toward Father Kentenich. Testimonies and life experiences can encourage others and thus render help to the process.

All communications are kept confidential. Only those for which publication was asked by the writer are made public, and even then name and address are not revealed. However, all communications should be true documents, i.e. they need to show the date, the address and the signature of the writer. 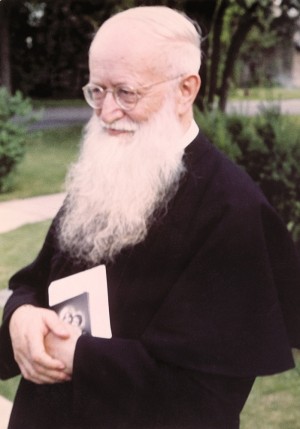 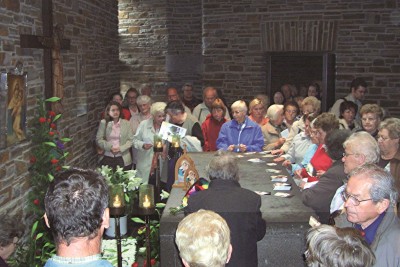 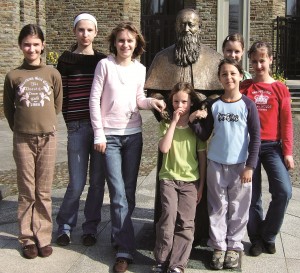